The “Michelin Man” company is one the best-known French companies. This flagship of French industry operated throughout the 20th century, extending its influence across the five continents to become the world’s leading tyre manufacturer at the beginning of the 21st century. But Michelin is also, and most importantly, about people, beginning with the two founding brothers: Édouard, a “leader of men” without his match, and André, at once a prolific inventor and a marketing genius ahead of his time. Then there was François, Édouard’s grandson, a captain with a long-term vision, who initiated the company’s international development; and Édouard, François’ son, who was the youngest manager of a CAC 40 company when he accidentally drowned off the coast of Brittany at the age of 42. This tragedy undoubtedly left a lasting mark on the destiny of a company that has suffered other blows of fate. The company has often played a pioneering role: in advertising, technology, governance and travel guides. Its critics describe it as a paternalistic company, while others see it as a model of corporate culture. Admittedly Michelin, to avoid being copied, has made a dogma of secrecy. This book retraces the highlights of an extraordinary saga and an outstanding industrial epic. For the first time, around ten of its senior executives bare their souls. They talk about their experience, life on the factory floor, successes and failures, but also what the future holds for Michelin. In the age of globalisation, fresh challenges are looming. The company’s very survival hinges in the balance. 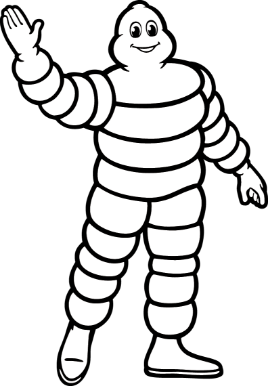 Are you looking for information on MICHELIN?